There is much more to Angkor than just Angkor Wat. The park is a city full of crumbling ruins, with numerous sights where tourists can wander ancient stone temples in various states of preservation. However, Angkor Wat is the biggest and best preserved, and arguably the best.

So we did what the guidebooks told us to…

and so did everyone else

…we rented bicycles and woke up before dawn to view the sunrise. We followed the road from Siem Reap town through the jungle and past impoverished rural Cambodian homes. We unintentionally made up the rear guard of a caravan of Westerners in rented tuk-tuks and Chinese tour buses. An army of thousands of crusaders armed with selfie sticks marched on Angkor that morning.

We made our way across the moat and found a spot just outside the temple’s outer wall to watch the purple light rise behind Angkor Wat’s five holy towers. As the light climbed, a woman a few feet away from me started a loud video conference call. A fat French man set up a tripod in front of me. Camera flashes sparkled around the temple like stars come down to earth.

After the sun rose, we pushed our way through a thick jungle of khaki shorts and fanny packs to the interior of the temple. Men and women offered Instagram photos as sacrifices to the gods of King Suryavarman II. A white woman, with a face sculpted by the finest plastic surgeons, sat in the lotus position on an ancient wall, meditating for all to see. Cellphones blared tinny EDM symphonies that echoed through the halls. The inner chambers sweltered with the stench of sweat and cheap sunscreen.

We didn’t last long in the temple. Soon we had to fight our way back out. We cut a trail through the thick overgrowth of souvenir stands and touts. A hot air balloon smiled down on us from the heavens. Throngs of tourists continued to march on the temple, selfie sticks at the ready. We got back to our bicycles and headed to some further-off temples, with fewer crowds. Maybe these other temples wouldn’t be as shareable on social media, but we got a few quiet moments with just us and the monkeys.

Here comes the secret to an uncrowded Angkor

Our three-day pass to Angkor soon ran its course. We were tired, hot, and ready to return to our hotel. (Our hotel didn’t have a pool. This was a big mistake.) It had been fun, but it somehow felt a bit empty. Like our trip was just going to end with a slow whimper.

On our way out of the park, we biked past Angkor Wat’s moat. It was around noon and we noticed something truly magical: there were almost no tour buses parked out front. It was a miracle. We quickly chained our bikes to a fence and nearly ran across the bridge into the ruins.

The stone corridors and open halls felt almost empty. Instead of busloads of other tourists, there were only a few small crowds of Cambodians. Many of whom were still worshiping at Angkor Wat’s ancient shrines. The few foreign tourists who were there were quiet and seemed more interested in looking at the temple than taking selfies. We were able to climb one of the towers and looked out over the hot dusty grounds.

And that was when Angkor Wat suddenly made sense. At high noon, when the tropical heat drives all the other tourists away. That is when you can wander the halls, look at the intricate carvings that hide behind every corner or stand atop every doorway. Marvel at finding a bit of paint on a wall that is almost a thousand years old. Filled with awe and amazement, almost too much to put into words.

After a couple of hours, the amazement passed. We heard the shout of a tour guide and the clicking of cell phone cameras and knew it was time to go. Yet we left feeling good like we’d actually gotten to experience the magic of Angkor Wat, thankful that the ancient Khmer had been able to share that experience with us.

Before we left Cambodia, I made sure to buy a couple of souvenir t-shirts.

more about Vietnam and Cambodia
more destinations
Tell your friends... 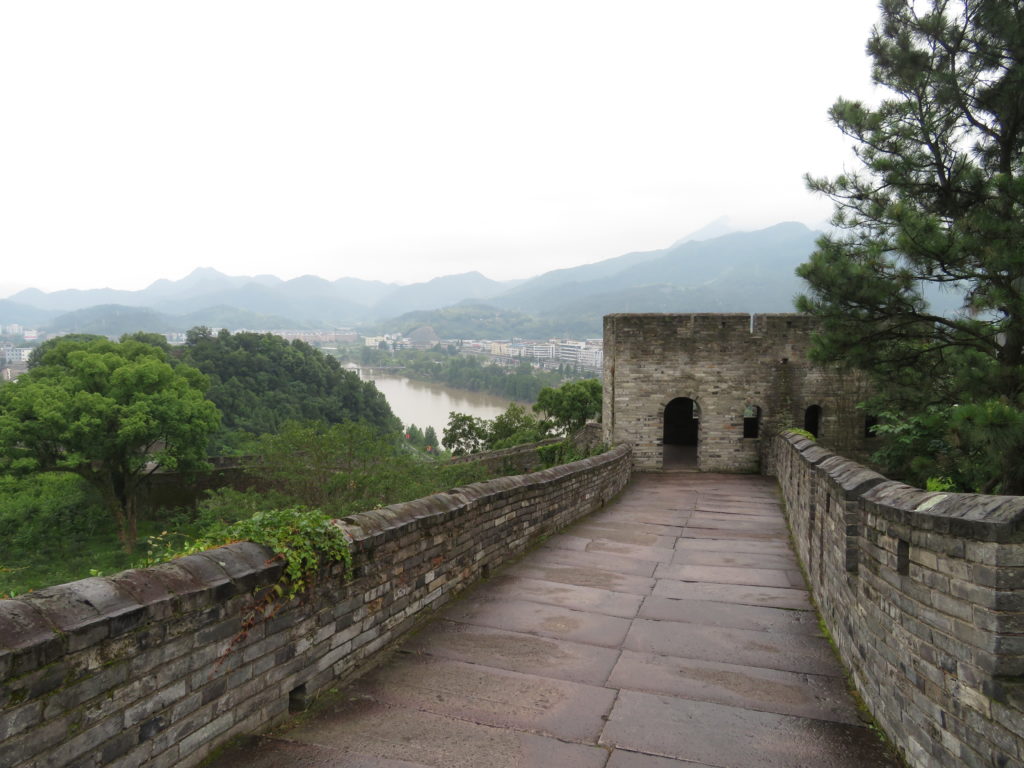