You know, he says “oh hey, there’s a wolf” so many times that when a wolf finally comes nobody believes him and all the sheeps and children get eaten. People have been crying wolf for years about various deadly diseases. Fear sells newspapers (or generates clicks), and there isn’t much scarier than a deadly pandemic.

But, now, here I am in the middle of an epidemic, quarantined in a small one-bedroom apartment for the next two weeks.

At first, things were going as well as they possibly could. We were in Thailand for the Lunar New Year holiday, soaking up the sun and exploring the jungle. (I’ll write more about our trip later.) Work was canceled in China until February 10th, and in-person schools were canceled until February 29th. We ended up getting an extended vacation. What more could you ask for? (Except maybe an extended vacation with more money and extra pairs of underwear, but I’m not going to look gift time off in the mouth.)

Due to some Chinese work visa issues we were given the option of returning on February 16th, or else messing around with mailing in our passports. We opted to just return. When all was said and done, we’d stretched an 8-day trip into nearly a month. Why push our luck and fuck around with having something as essential as a passport go through the mail?

As we meandered through Thailand, the news got worse and worse. Thousands infected. Hundreds dead. Entire cities shut down. Concerned friends and relatives sent frightening articles and messages asking if we were okay.

“It’s fine,” we said to our friends, relatives and ourselves, “the World Health Organization says China’s doing a good job fighting the coronavirus. Negative news reports probably exaggerated. And if we get sick in China, we’ll at least be able to afford to go to the hospital.”

And so, we did our best to enjoy our vacation. It was great. But there was a constant anxiety growing in the pit of my stomach. I personally think viruses/epidemics are absolutely fucking terrifying. The idea that you can be killed by something you can’t even see, taste, or smell… something that’s not even a living thing but really just a weird strand of genetic material… it really creeps me out.

Despite my fears, we went back. After all, we’d worked so hard to get to China. We’d spent the last year building a life in China. Besides, literally, a few things we’d fit in some moderately sized backpacks, all of our shit was in China. And all of our money. Not to mention that, for possibly the first time in my life, I have a job that I actually don’t dread going to every day. Could we really give all of that up?

So, we flew back on the 17th. There was a big crowd at the Bangkok airport, all wearing masks. We all got our temperatures checked during check-in and during the flight. We had to fill out a little health declaration, too. So far so good.

Then the plane landed and taxied up to the gate. Everyone got up and jostled for their carry-on baggage like normal. And then everything froze.

A person in a clear medical Haz-Mat suit stepped on to the plane.

A masked flight attendant led the person to the back of the plane. Everyone stood up and watched what was going on as the Haz-Mat suit did something with someone in the last row. A lot of people started filming whatever was happening. The tension hung thick in the air.

Someone who had been sitting near the back walked briskly up to the front. A mother cradled her crying child. The entire plane held their breath.

Then the flight attendant booked it to the front of the plane. We all followed. It was the fastest deboarding of an airplane I’d ever seen in my life. People acted like the coronavirus was right there chasing them. I don’t know if we’ll ever know what happened in the back of that airplane, but I’m sure I’ll spend many sleepless nights imagining all the possible scenarios.

We gave our health declaration cards to another man in a Haz-Mat suit and combat boots. He was a little less scary. Rachle and I have both had a lingering cough for the last month (maybe longer). Our temperatures were checked, and we had to go talk to a doctor. He said we were fine. I went and washed my hands as thoroughly as I could at the nearest bathroom.

Outside, a heavy slushy mix of rain and ice was falling. I was still wearing the flipflops I’d bought in Thailand. We took a taxi back to our apartment. There were almost no other cars on the road.

The next day we went out to get groceries. We had to register with the security guard of our apartment building. Two volunteers, who spoke very limited English, tried to help us. We had another temperature scan, and went on our way.

The grocery store was empty, except for drivers and employees gathering together orders for delivery. I was relieved to learn that there were, in fact, plenty of vegetables at the local Aldi. We paid and went home. The volunteers were waiting for us on the sidewalk.

They asked if we spoke Chinese. We said “very little.” They then started speaking very rapidly about something neither of us could understand. I had to call my boss to translate.

Thanks to that lingering cough I mentioned, the neighborhood volunteers thought we should go to the hospital. In the words of my boss “coughing is very sensitive right now.” Thankfully, she was able to explain that our cough started way before the coronavirus did. And, I get it. They’re freaked out. Everyone is freaked out. I’m freaked out, too.

Now we’re under quarantine for two weeks. Everyone who comes into Shanghai is, I think. We can go out to buy groceries, or deal with police/passport related business if we need to. But, it’s recommended if we do go out, to go one at a time. And we should probably try out best not to cough in public.

The streets are completely dead. Roads that used to be backed up with traffic only have a handful of cars. The city is deathly quiet, except for the birds who are still chirping away like everything’s normal.

At least the weather sucks, so it feels less oppressive not being able to go outside. We’re trying to think of ways to not go too crazy. Soon we’ll start teaching online classes, which will help. We’re also trying to do some yoga. I’ll have more time to write, too. Be prepared for more blog posts. I also ordered a Nintendo Switch, but it’s the Chinese version and impossible to change into English. I guess I’ll get some practice reading Chinese characters?

After a couple of days, things are getting less scary. Fear is fading into boredom. At least we have plenty of books, and movies, and other distractions.

There’s still the part of my brain saying “This is it. The world’s over. It’s the apocalypse. THE CORONAVIRUS IS GOING TO KILL US ALL!!!!”

But I’m arguing with that voice. I’m trying to be more positive. The World Health Organization says China’s doing a good job fighting the coronavirus. Negative news reports probably exaggerated. If we get sick in China, we’ll be able to afford to go to the hospital.

And at least we’re not being eaten by wolves. 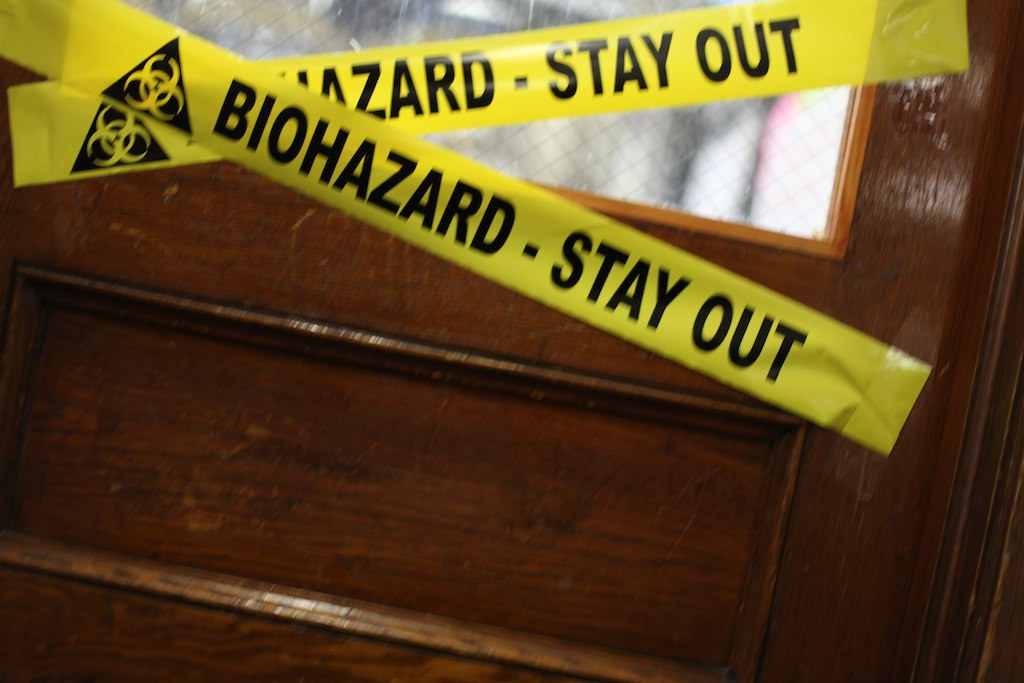 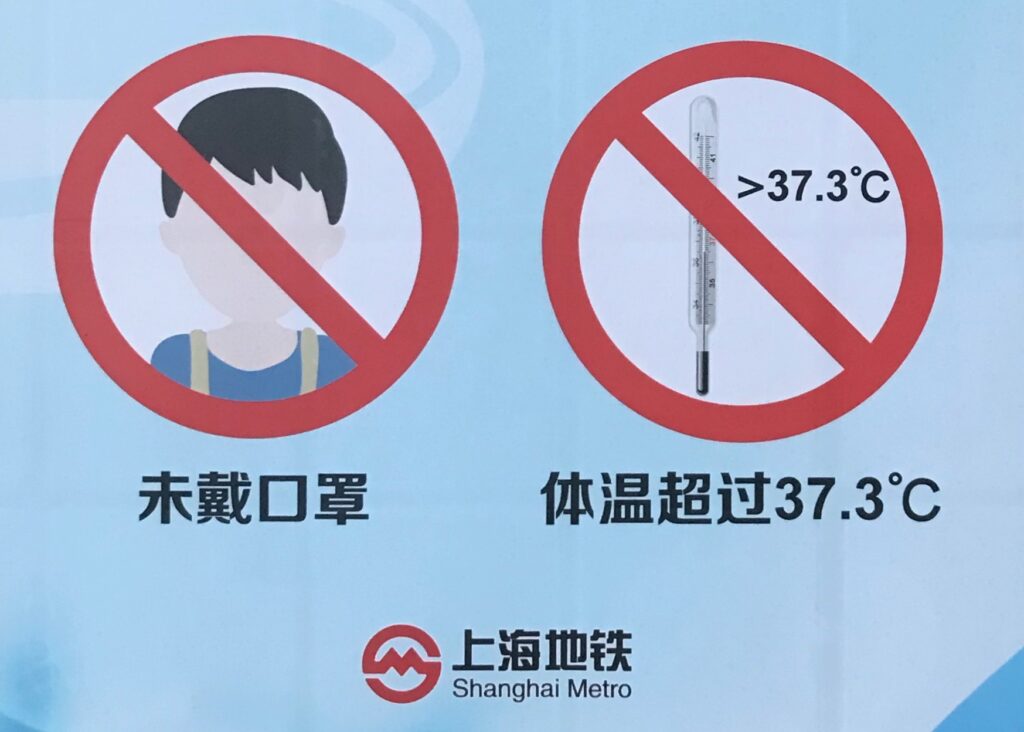