Learning Chinese isn’t easy. It’s much harder if you aren’t in China and don’t have the opportunity to immerse yourself in the language. You could run down to your nearest Chinatown and try chatting with the local restauranteurs, but chances are their Chinese is going to be way above your level and way too fast. Or they might speak Cantonese while you’re trying to study Mandarin. What’s a frustrated Chinese language learner to do?

Thank goodness we’re living in the future when you have access to the world’s collected knowledge at your fingertips. YouTube is a wonderful resource for learning languages. There are hundreds of hours of Mandarin Chinese videos available on YouTube to help you learn Chinese.

Some are better than others, though. That’s why I’m presenting to you this wonderful list of YouTube resources to save you some time searching for the perfect videos to help you kick your Chinese language skills’ butts to the next level.

In general, I’m a big fan of immersion and keeping your language practice within your target language. That means no English.

However, even I will admit that there are times when having a little bit of English explanation can really help. Think of using English like training wheels on a bike. You really want to ride that two-wheeler, but for now, you might need a little help. And that’s okay. The following YouTube channels have videos that can be really helpful when you first start learning Chinese.

Yoyo Chinese has a lot of Mandarin learning videos, ranging from very basic beginner to intermediate. She also has a course she charges for. I’ve only ever used her free videos, and can’t vouch for the paid content.

However, I think her material explaining how Mandarin Chinese tones work is some of the best I’ve ever seen. She does a great job comparing the Chinese tones to how we change our tone of voice in English. These videos are especially helpful when you’re just starting out.

Chinese Zero to Hero is unique since they mainly focus on grammar. Some people say you don’t need to bother with studying grammar. I’m on the fence about that. That being said, Chinese Zero to Hero can still be helpful if there’s a certain sentence structure you just can’t seem to wrap your head around. They also use less English than some of the other teachers.

Their videos follow the HSK textbooks and break down difficult concepts in simple ways. They also have a paid version, which I haven’t used but my fiancé has and she says it’s good. Just be warned, the particular grammar point you’re looking for may or may not be available for free.

I think Shuo Shuo Chinese makes some of the best videos for learning Chinese on YouTube. She does a lot of videos not just about the language, but also about Chinese culture. She’s also got a good sense of humor, so her videos are often pretty entertaining.

Shuo’s best video is, of course, her video about Chinese swear words. I now finally understand why all of my Chinese students crack up when they hear the word “shabby.”

After studying Chinese for a while, you are going to be ready to hop on that big kid bike and take off your English training wheels. Luckily, you don’t need a subscription to Chinese Central Television to immerse yourself in Chinese. Here are a few YouTube channels that present their content almost completely in Mandarin.

Just like the title says, Slow and Clear Chinese gives you short little stories in slow and clear Chinese. There isn’t a ton of content on this channel, but what they have is great for lower to low-intermediate learners. There are English subtitles, but you can ignore them pretty easily.

Mandarin Click also has quite a few stories, which are helpfully divided up by level. The videos are subtitled with simplified characters and pinyin, but no English.

Comprehensible Chinese used to be called “Bumpy Chinese”, and I’m a little annoyed she changed it, because “Bumpy Chinese” was a pretty good name for a Chinese language learning YouTube channel. Who knows, maybe it messed with the search results algorithm or something.

She speaks slowly and clearly enough that even a total beginner could probably pick up a few things. She also makes use of TPR, which is a language learning technique where you use gestures to make what you’re saying more understandable. It’s something we use all the time teaching English and can be really helpful.

The only downside is that Comprehensible Chinese’s videos are a little too slow. They’re great for beginners, but if you’re at an intermediate level or higher you might want to use YouTube’s speed controls to make them a little faster.

I think Mandarin Corner probably has my favorite YouTube videos for studying Chinese. With the exception of some English subtitles, the content is almost exclusively in Mandarin. The host speaks clearly, but she sounds more like a normal person talking to a second language learner than a teacher in a classroom if that makes sense.

The videos are a combination of interviews and podcast-type content. The best ones, by far, are the walks around the neighborhood. The camera just follows her around someplace as she talks to the camera. You almost feel like you’re walking around with her. It’s a really cool idea and I’ve found it to be excellent listening practice.

I’m pretty sure I saw the host of Mandarin Corner, Eileen, when I was in Guilin. I didn’t have the nerve to say anything, so I just stared like I was some kind jerk and she ran away. (She was jogging at the time.)

Now we’re getting into the really fun stuff. After studying Chinese for a while, you’ll get to the point when the above videos are too easy. (Although Mandarin Corner still has a few that are pretty tough to comprehend.) That’s when you can move on to some actual TV shows produced for actual Chinese people. YouTube has plenty of these videos and they’re great for learning Chinese.

Peppa Pig is the go to kids’ show for language learning. It’s a kids’ show, so the language is pretty simple. However, I’m surprised by how funny and entertaining some of the episodes are. At least they are in Mandarin. I’ve actually never watched it in English.

You can use the link above, otherwise just searching for “Peppa Pig Chinese” or “Peppa Pig Mandarin” or even “小猪佩奇” will get you some results, and they’re all basically the same. They aren’t subtitled most of the time, but you can use YouTube’s subtitle settings if you want to try to read while you watch.

Dad, Where Are We Going? 爸爸去哪儿？

Dad, Where Are We Going? Is another fantastic resource for learning Mandarin. The whole thing is a reality TV show where fathers take their kids on some adventures. In season one they go to a village in the countryside and the kids get little tasks like memorizing songs or going through the village to find food for lunch. It’s all pretty cute and heartwarming.

If you’re at an intermediate level or higher you can get a lot out of it. The show’s great because the fathers talk to their kids using simple kid language, so it can be fairly comprehensible. Each episode is like an hour and a half long, though. Don’t feel like you need to binge-watch a single episode at once.

Love Apartment is China’s answer to Friends. I’m not a fan of Friends, and I’ve never really understood the appeal. However, I do like Love Apartment (sometimes called “I Apartment”).

The humor is standard sitcom stuff, the production quality is pretty amateurish, and it seems a lot stupider than Friends. But, it’s stupider in a good way, if you know what I mean.

Most of the actors talk pretty fast, and a lot of it still goes over my head even though I’ve been studying Mandarin for years now. Each episode is also like 45 minutes long. I think the Chinese have much longer attention spans than us Americans. Still, there’s nothing more motivating than when you finally understand a joke told in another language.

Finally, we have Happy Chinese. This one doesn’t fully belong in this category, but I didn’t know where else to put it. Happy Chinese is a Chinese sitcom produced for foreigners studying Chinese. That’s us!

The story follows an American exchange student who moves to Beijing to study Mandarin and gets into all sorts of wacky sitcom antics. It’s all pretty corny, but the actors speak like how actual Chinese people speak. Aside from the animated interludes, it doesn’t feel like the language is dumbed down.

The show is actually pretty entertaining and can get really silly. The episodes are also only about 15 minutes long, which is great for those of us with American attention spans.

YouTube actually has a lot of great features that can help when you’re watching videos to study Chinese. The first, most useful feature is speed control. The results can sound a little distorted, of course, but it can still be very helpful when someone’s babbling on and on.

On a desktop computer, you can find this feature in the lower right corner of the video, it looks like a gear. Click the gear, select “Playback Speed” and set it to whatever you need.

YouTube’s subtitles are also useful. Not all videos have them, and sometimes they’re computer-generated, which can give you some weird results. Sometimes it’s nice to see the Chinese characters as you watch, so you can be sure the “ma” you heard means “mother” and not “horse.”

The subtitles are activated by the little button next to the gear that says “cc”. You can also select them from the options gear. Again, this feature isn’t available on all videos, but when it is, it’s useful.

Finally, if you want to brave the Chinese internet, you can check out Youku. Youku is China’s answer to YouTube and is bursting with Mandarin language videos for you to watch. Just go to the website and start clicking stuff you think looks interesting.

YouTube videos are a great resource for studying Chinese. It’s actually kind of amazing how much language learning material we have access to in this glorious information age. Learning Mandarin now doesn’t mean you have to spend hours with your head in a book. You can now spend hours watching YouTube videos. 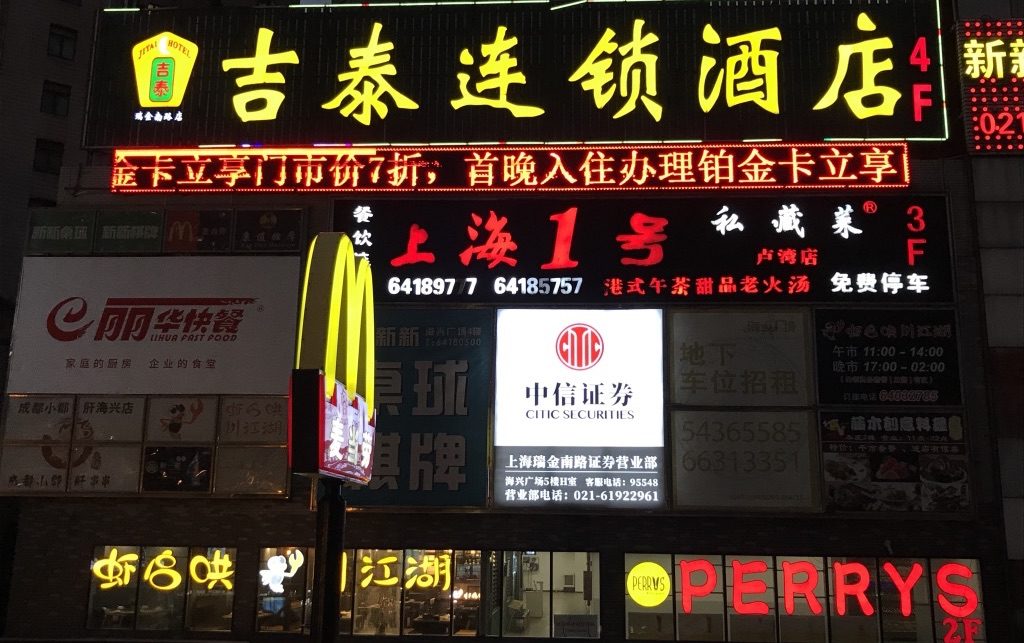 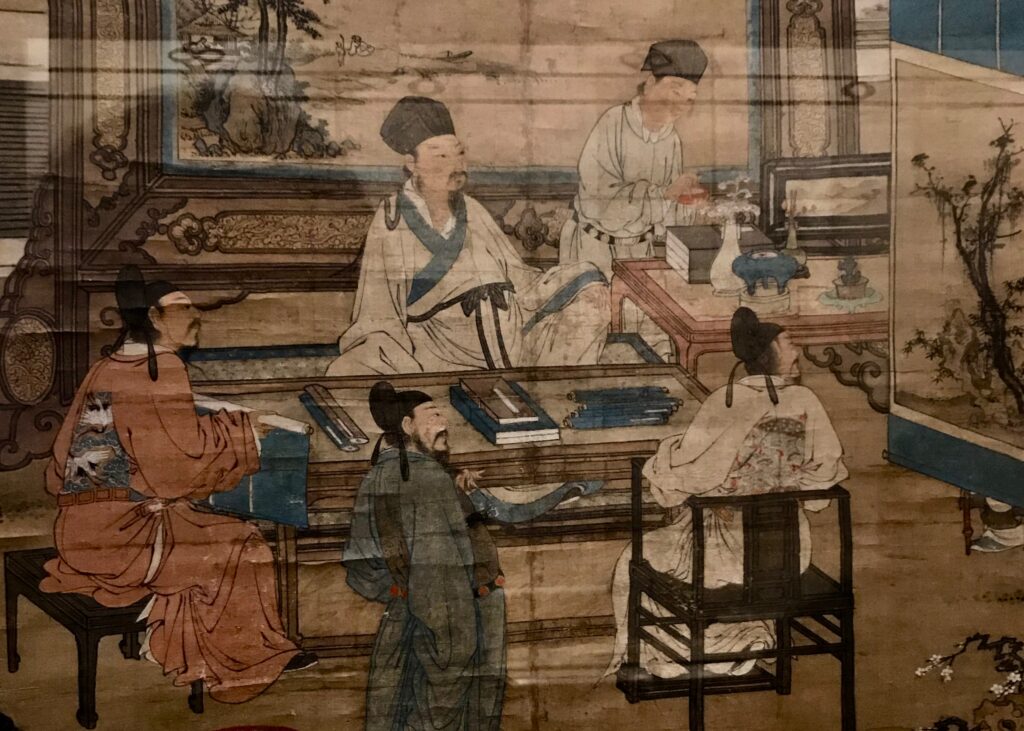