Historical ruins aren’t typically on the list of reasons people travel to Thailand. Especially considering that nearby Cambodia is home to the world-famous Angkor Wat. However, Thailand has its own set of ruins. They aren’t as magnificent or impressive as its neighbor’s, but the ruins of Sukhothai are still totally worth a visit.

Sukhothai is a small city, located in the north-centralish part of Thailand. The Sukhothai Historical Park is located just down the road from town. The historical park contains Sukhothai “old town”, a sprawling set of ruins that date back to the 13th century.

The area was once part of the Khmer Empire (the people that built Angkor Wat) for a long time until the people eventually revolted and formed their own kingdom centered on the city of Sukhothai. Ram Khamhaeng the Great expanded the kingdom and it eventually spread all the way into present-day Laos and Myanmar.

Ram Khamhaeng the Great introduced Theravada Buddhism to Thailand and also gets credit for developing the Thai script. His reign ushered in a golden age of Thai culture, and Sukhothai became the capital of the first Thai kingdom. He also left behind some pretty cool-looking ruins.

The ruins in Sukhothai resemble others in the region. You’ll have some flashbacks if you’ve been to Angkor Wat before. However, you can also see the beginnings of some unique Thai architecture. Of course, time destroyed all the wooden houses years ago, but the remaining stone temples are impressive.

There are also numerous statues of the Buddha standing or sitting proudly among the bell-shaped Wats and stone columns. Green pools of water reflect the ruins and are filled with fish and sometimes white cranes. It’s very pretty.

It’s also quiet. The big advantage Sukhothai has over Angkor Wat is that it’s much, much, much less crowded. We spent the whole day wandering around the historical park and saw only a handful of other tourists. And most of them were Thai tourists up from Bangkok. There were also a number of cats.

To be fair, we went in January, when the local farmers engage in the ‘burn’ portion of slash and burn agriculture. Smoke hung in the air. We live in China, which is known for its bad air quality, and our time in Sukhothai was as bad as anything we’ve ever experienced in Shanghai. So, maybe the other tourists all knew about this and decided not to go during this season? Thankfully, the smoke mostly cleared by mid-morning.

The park is too big to cover on foot. You can hire a tour and have someone drive you, but that’s lame. We rented bikes just outside the park gates. I forget the price, but it was fairly cheap. There’s nothing quite like bicycling around centuries-old ruins.

The park is open from 6 am to 6 pm every day. Tickets are divided into zones, with each zone costing 100 Baht, or you can get a pass for all five zones for 350 Baht. This is probably the easiest, and 350 Baht is less than $10.

Pick-Up Trucks and So Many Birds

If you like, you can find plenty of hotels just outside of the Historical Park. However, the modern city of Sukhothai is a pretty nice place, too. Accommodation in town is much cheaper than near the ruins. You can reach the historical park by cab, or you can catch a Songthaew, which is a pick-up truck with wooden benches in the back. It’s a much cheaper, and much more interesting way to travel.

In Sukhothai, you can find some nice, cheap, Thai street food. Be careful in the evening, though. When we were there, hundreds (if not thousands) of birds decided to perch together on the city’s awnings and electric wires. The sidewalks and parked cars got slathered with bird shit. We were lucky to escape with clean hair and shirts.

Aside from the birds, the rest of our time in Sukhothai was quite pleasant. It’s no Angkor Wat, but it was very cool to see a piece of historic Thailand before hordes of foreign tourists conquered the country. If you’re interested in history or architecture, or historical architecture, then Sukhothai is definitely worth a few days of your time. 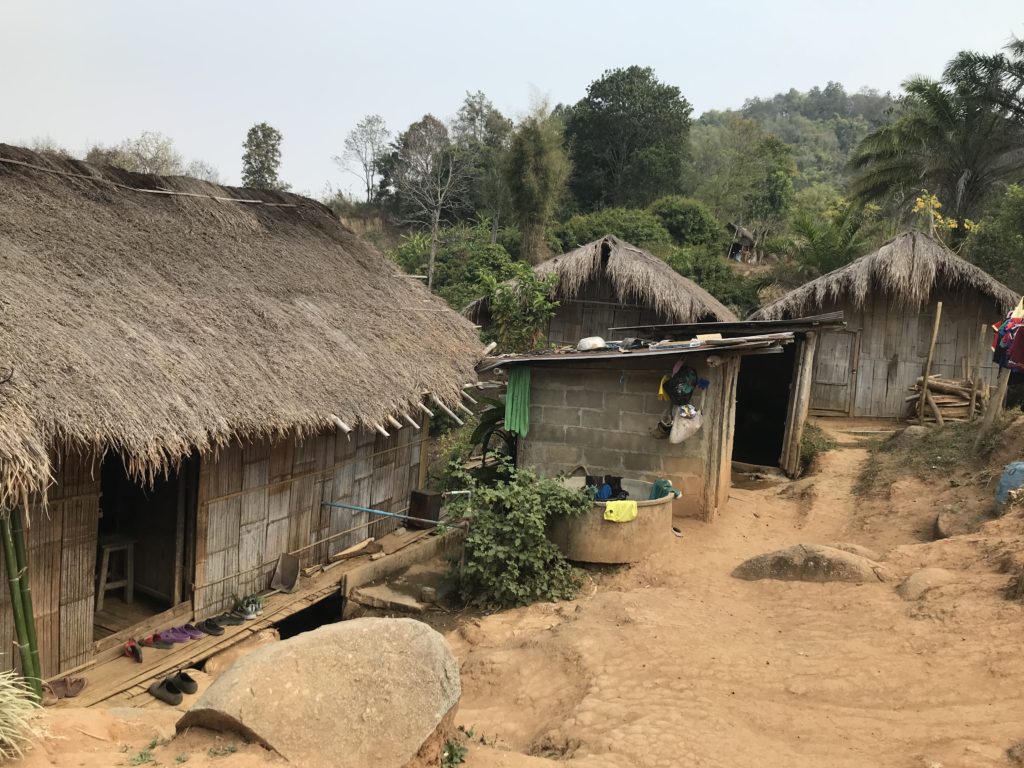 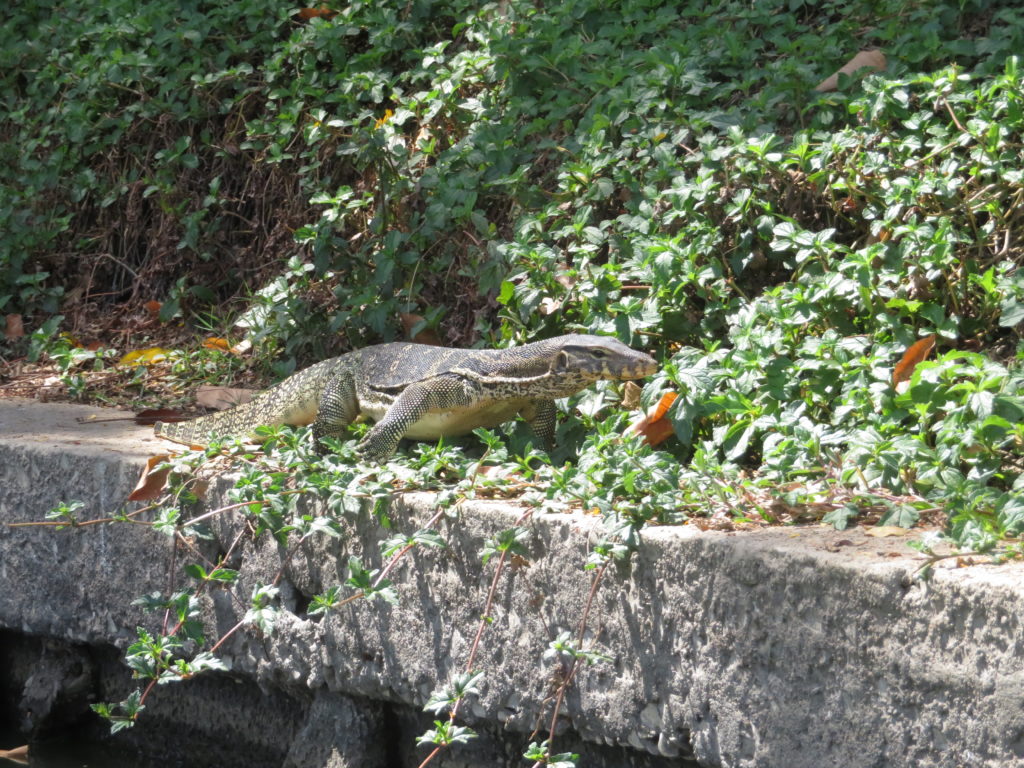 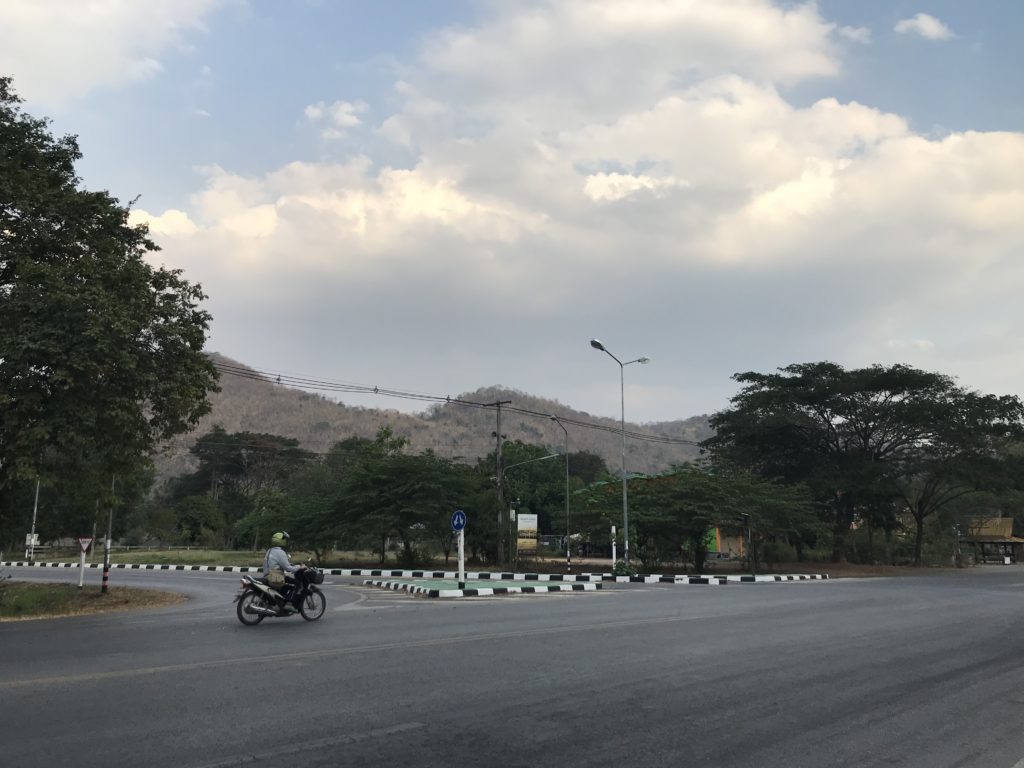